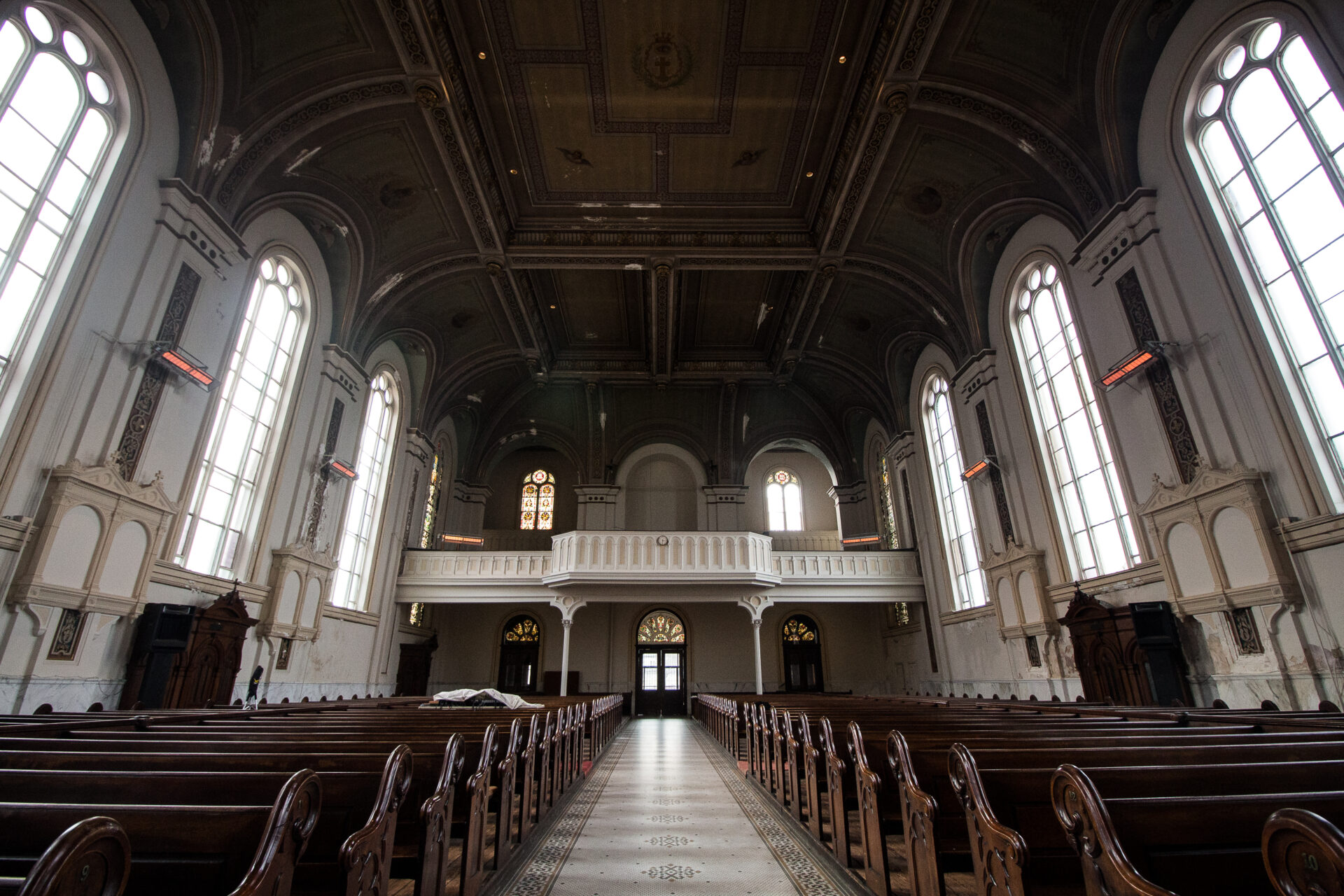 When Sabbath Stresses You Out

Ever since I was a teenager, I’ve considered the Bible, Christianity, and Judaism deeply fascinating. So in 2016, I embarked on an educational path to study those fields. I didn’t know where I’d end up, but I’ve always believed that if God can be known, then learning about God and how to read sacred texts are worthy pursuits. I’ve been a full-time student for the past six years now, earning a bachelor’s in Bible and a master’s in Old Testament along the way. And in a few months, I’ll start a Ph.D. in Old Testament that will require at least another four years to complete.

I write all of this not to tout my credentials; I write this to confess that the spiritual practice of observing Sabbath—a day to rest, take a break, accomplish nothing—stresses me out. I have a “type-A” personality, which means my work ethic is strong, and I love things like to-do lists, completing tasks, and accomplishing big goals. Ironically, getting an advanced degree in the Bible and religion has only strengthened these type-A tendencies rather than making me extra-spiritual or skilled at resting. But even if you’re not type-A, you may also feel like observing Sabbath is stressful. When was the last time you intentionally took a full day off from doing any work? How is it that taking a day off can be so stressful?

I think some of the things I’ve learned can help us. Maybe—just maybe—other Christians and Jews throughout history have struggled with obeying the biblical command to observe Sabbath, too (Exodus 20:8). We first need to go backward if we want to move forward. What difficult questions have our spiritual ancestors asked about Sabbath? Here are some examples:

What About the Bible?

I mention these problems to make a point: The Bible’s commands are often ambiguous. They raise many questions, can be interpreted in multiple ways, and rarely provide the answers we crave. But if God wants us to observe Sabbath, why didn’t God give us a crystal-clear instruction manual telling us how to do it? Isn’t the Bible “breathed out by God and profitable for teaching, for reproof, for correction, and for training in righteousness, that the man of God may be complete, equipped for every good work” (2 Timothy 3:16-17)?

Let’s look elsewhere in Scripture for help. In Genesis 2:1-3, Sabbath appears in the Bible for the first time. After God finished creating the world, the author writes:

Like all literature, this passage comes from a particular culture, time, and place. I’ll use a familiar example: If I sing out “O’er the laaaand ooofff the freeeeeee…,” whether you join my singing or not, the next line, “And the home of the brave,” will probably enter your mind (hopefully in the right key!). This happens because you and I (if you live in the United States) share a culture, time, and place. When certain words are spoken, our experiences have trained us to instinctively know what comes next.

The culture that produced this Genesis passage had many stories about gods creating the world—what scholars call “creation stories.” Most of them share similar themes. These ancient people lived in a world defined by chaos, and they believed the gods had power to establish order. The stories usually begin with feuding gods engaged in a violent and chaotic battle. In one story called “Enuma Elish,” a victorious god named Marduk uses the slain body and blood of a rival god to create the world and humanity. The story ends with the triumphant Marduk building a temple in a place called Babylon. Marduk then enters his temple and there he “rests.” But for the ancient audience, divine “rest” didn’t mean taking a nap. Rest meant that Marduk defeated chaos and established order in the world. Marduk now reigned from his temple and humans could worship him there, enjoying the benefits of this accomplishment.

Just as you anticipated the next line from the “Star-Spangled Banner,” themes such as chaos, order, divine battles, “rest,” and temples were predictable in the ancient world’s creation stories. Now, imagine how the early chapters of Genesis—Israel’s creation story—would’ve sounded to these people. Notice the differences: There’s no battle, but rather the God of Israel immediately begins creating (Genesis 1:1). God speaks things into existence and requires no flesh or blood of other vanquished divine beings. God puts things like sky, land, and vegetation into their proper locations and gives them a function, thus establishing order. Then God finishes, which brings us back to our Genesis passage: “And on the seventh day God finished his work that he had done, and he rested on the seventh day from all his work that he had done” (Genesis 2:2).

God “rests” like Marduk; but where is the temple—the place for God to reign? The author is subtly hinting that God’s temple is not only a building, but the entire world. God defeated chaos and established order during the creative process, then God built a cosmic temple in which God could “rest.” It is the world from and in which God reigns, and humans can now worship anywhere, enjoying the benefits of this accomplishment. For the writer of this passage, observing Sabbath means we participate in God’s rest—the order established in the world long ago. By observing Sabbath, we remind ourselves that God reigns; and we respond with our bodies by intentionally taking a break.

Sabbath as a Mirror

This interpretation of Genesis doesn’t solve all the problems mentioned earlier, but it gives us a helpful place to start. Reading Genesis in its cultural context shows us that Sabbath rest is for you, not God. In other words, God doesn’t need us to observe Sabbath. The God of Genesis is already reigning from a posture of rest, and this God lets us participate in that Sabbath rest as a gift. Jesus and the Jewish Rabbis later argue a similar point (Mark 2:27, Mekhilta Shabbata 1). So when Sabbath stresses us out, we’re getting something wrong.

Sabbath can be like a mirror, reflecting to us where our lives and the world we’re collectively building have become disordered, straying from God’s intention. What’s going on inside of us when we neglect Sabbath, obsessing over work and staying busy? What systems do we contribute to that cause some people to lack basic resources, making Sabbath impossible? Why do we perpetuate cultures that prefer one religion over another, making Sabbath observance harder for our Jewish friends?

What Do We Do Now? (Biblical Ambiguity is a Gift)

Being type-A has taught me to take small steps when trying to reach a goal. We don’t need to make drastic changes immediately. If our goal is to observe Sabbath, then maybe we can take this approach. Just start small.

Remember how the Bible’s commands are often ambiguous? This is a good thing because ambiguity means flexibility. Think about it: If God gave the ancient Israelites a crystal-clear instruction manual for how to observe Sabbath in their time that’s now long gone, then Sabbath would be locked away in the ancient past. Human cultures and definitions of “work” are always changing. The ambiguity of the Bible’s command to “do no work” means that God gives us freedom to reimagine what obeying it could look like in each new circumstance. This process is what Christians and Jews have always been doing. It’s an example of faithfulness and taking our sacred texts seriously.

In an influential text called the Mishnah, ancient Jewish Rabbis dealt with this in their own way. Using the Bible, they created 39 types of “work” that are restricted on Sabbath, which many Jews still observe or modify today (Mishnah Shabbat 7:2). Sabbath from a Jewish perspective has some fixed features. It is bound by a particular time and entails specific rituals, prohibitions, and practices. I’m not suggesting we Christians steal these things from our Jewish neighbors; I’m simply wondering what different Sabbath practices might teach us.

For Christians, I invite you to tweak Sabbath and make it what you need, maybe even trying this with a group of friends from your faith community. Play around with the definition of “work.” What if Sabbath for you means choosing a day of the week to intentionally buy nothing? You can use Sabbath to resist consumerism and cultivate contentment, remembering that the God who brought order to the world can provide for your needs. What if Sabbath for you is a day of no screens? You can use Sabbath to build friendships and spend time with people face-to-face, remembering the God who created your fellow human beings, calling them “very good” (Genesis 1:31).

You can also try turning Sabbath’s “no” into a “yes.” What if you made Sabbath about what you will do rather than what you won’t do? What if Sabbath for you is a day for hiking and being out in nature? Or reading a fiction book? Making crafts or baking with your family? Everyone has different ability levels, but we can all find an activity that rejuvenates and provides meaning. Then we can creatively imagine how it connects to God. Maybe in the messiness of interpreting and applying our ancient Bible, asking difficult questions, noticing ethical problems, and developing innovative ways to observe Sabbath, we can genuinely experience the God who mysteriously reigns in our world—the God of Genesis, the God of rest. 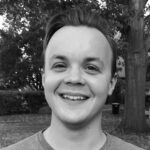 Evan is a perpetual learner of all things Bible, Judaism, and Christianity. He is currently based in Cincinnati, where he is a Ph.D. student at Hebrew Union College–Jewish Institute of Religion. Evan loves using his education to help others process questions and explore their faith from new angles. He is also passionate about promoting positive and informed relationships between Jews and Christians. 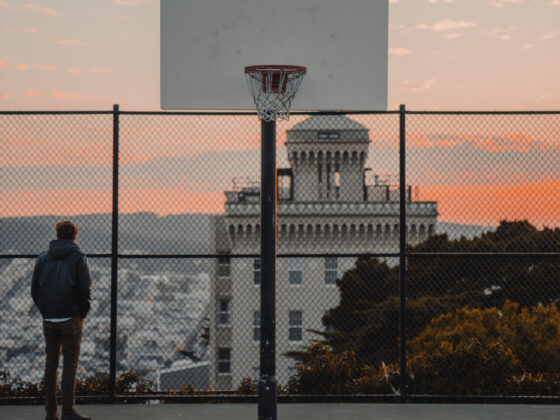 When Panic Attacks Threaten to Steal Your Joy 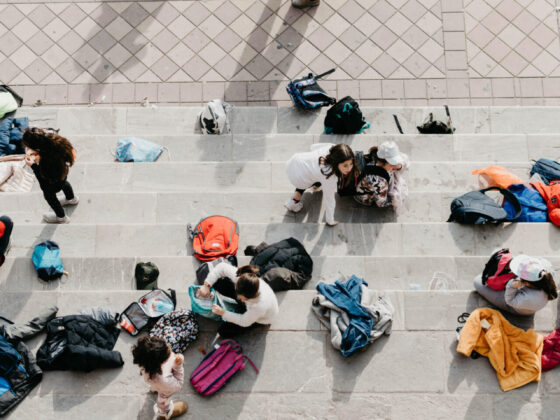 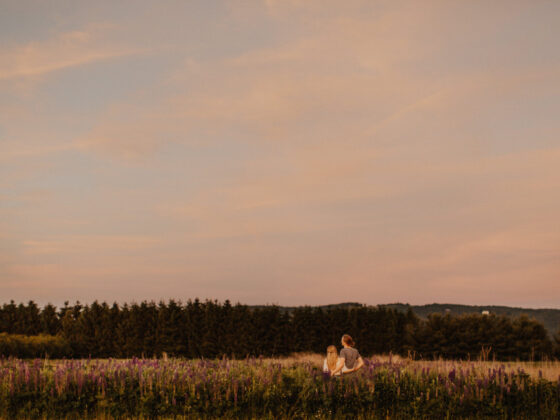 When You Don’t Know How to Observe the Sabbath 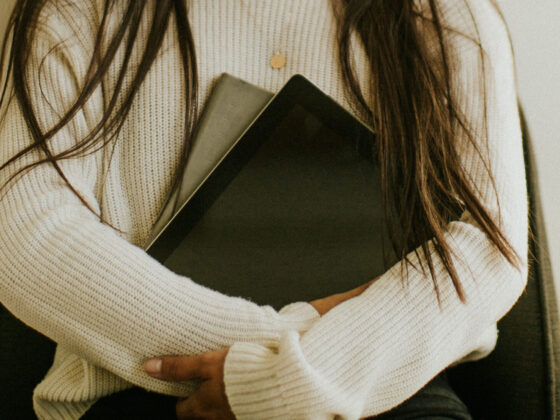