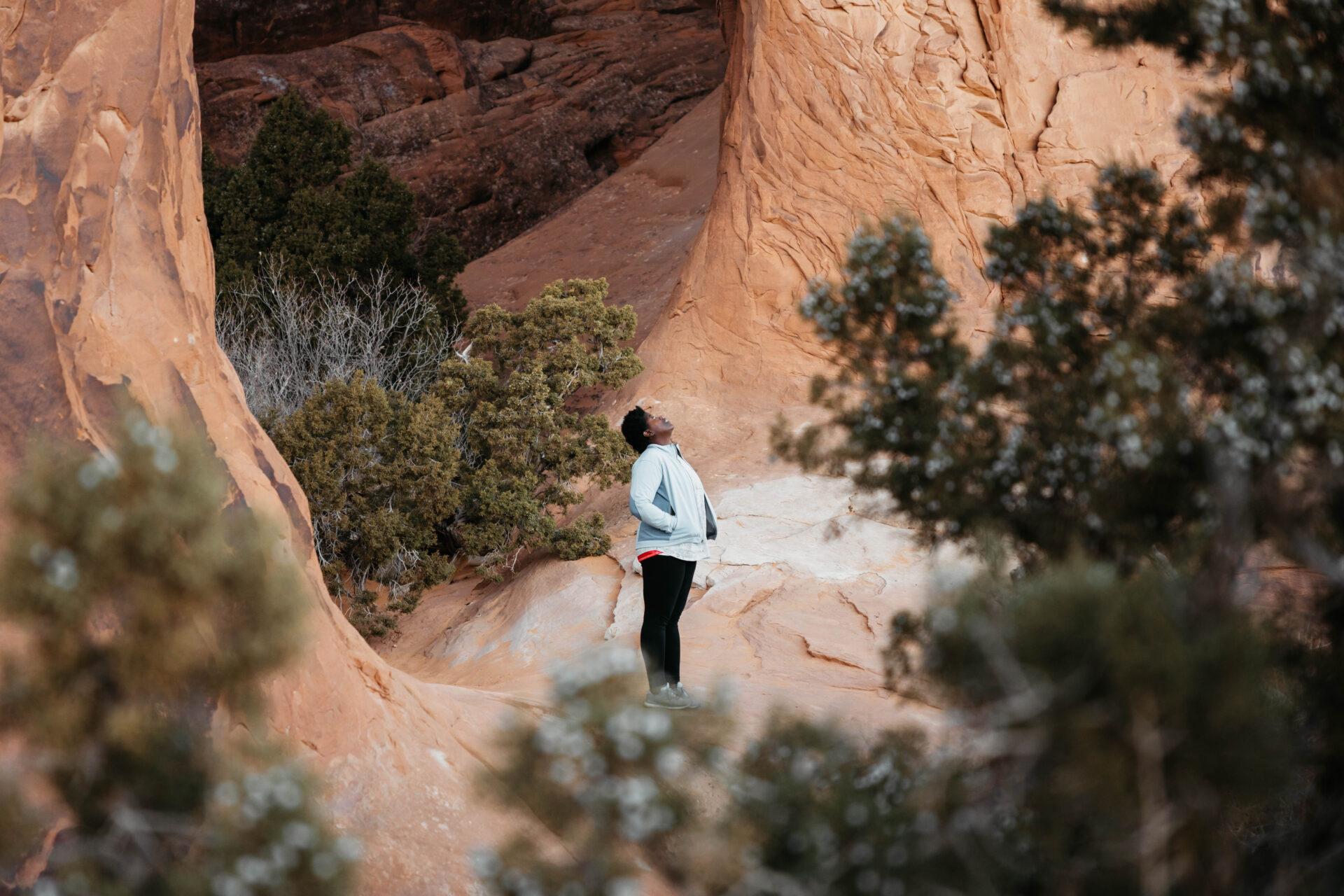 When Your Prayers Feel Meaningless

Put yourself in the shoes of the disciples. You are in the city of Bethany, and it’s early in the morning. Most mornings, you wake up to Jesus being absent—but you know he will return soon from the quiet places that he constantly spends his mornings. He’s been praying, again.

This is the situation the disciples found themselves in daily. The Bible is not clear as to what exactly happened when Jesus prayed, but all we know is that it happened often. Often enough that the disciples began to notice that this was something that Jesus made a priority, even when he was as exhausted as they were. On this day in particular, a disciple looks at him and says, “Lord, teach us to pray, as John taught his disciples” (Luke 11:1). Jesus responds with the Lord’s Prayer, something familiar to most Christians.

My mind has a hard time comprehending how my prayers would ever be meaningful enough to affect the heart and mind of God to make any sort of impactful difference. If I understand God as he truly is, then he is both Creator and Sustainer of all things that I know and don’t know; he is the one with the path to life, he holds all things together, his thoughts and ways are higher than mine and he is infinitely benevolent. And if I have a correct understanding of myself, then I am a sinner by nature, and most of my thoughts and actions are, at best, only partially motivated by holiness or selflessness. I rarely have a desire to bring before God that would be purely for the good of others or the glory of God. Even in my best intentions, I am prone to selfishness. If this is true, then why in the world would God give me the ability to affect the course of my life? Why am I invited to the table here? I would rather defer to his judgment anyway. And yet, here Jesus gives them a template for prayer. He invites us to call him “Father,” he allows us to ask for supplication, and he instructs us to model the gospel in our forgiveness. He welcomes us to speak to God as he did.

We may never understand the intricacies of prayer and sovereignty, but I have seen overwhelming proof in Scripture that my Father wants me to pray. If that is all the explanation I ever got, I would pray simply because I love him and he tells me to. But because he is so exhaustively kind, and he is ever so gentle with the heart of an inquisitor, he has given me some answers to my never-ending string of questions, and I find them in the parable following Jesus’ template for prayer.

The story here is about two friends. One of the friends is in desperate need of some food to supply for his guest, and the other is asleep in his house with his whole family. Jesus sets the story at midnight—clearly a bit of an inappropriate time to be out and about knocking on doors. The friend in desperate need goes to the house of the sleeping family and knocks incessantly on the door to ask for bread. The door is answered, and the owner of the house declines his first request for food. But the knocking continues. Then, in verse 8, Jesus begins to unfold his heart behind this story: “I tell you, though he will not get up and give him anything because he is his friend, yet because of his impudence he will rise and give him whatever he needs.”

See, it wasn’t because of their friendship that the man of the house would disturb his whole family to get his friend what he needed—it was because of the knocking man’s persistence. He just kept asking.

Now, what does this tell us about God? Does it mean that he will give us whatever we want because he wants us to leave him alone? Absolutely not. We know from Scripture that God does not give us whatever we want. God does not answer prayers according to our will—our selfish, limited-view-of-the-world will—but does anything asked in his name, according to his will—his good, acceptable, and perfect will (John 14:13; 1 John 5:14; Romans 12:2). And,  because he is a good Father, everything that he wills is also for our good (Romans 8:28).  In this parable, the Father is teaching us his heart by comparison.

This friend complied with the request made to him out of a desire to stop the incessant knocking. He was annoyed with the persistence of his friend, and probably tired. Does the Lord ever get that way? The man probably did not care about the problem that the desperate man was having. Doesn’t the Lord promise that he cares? This story is put in our terms, but God does not descend to our attitudes.

God has infinite patience, eternal wells of vitality, and all resources at his disposal. He is the definition of love. He is compelled by his nature to do good to those who love him. He is intimately aware of his children. He is passionate about the life of his redeemed. He went to the greatest lengths to demolish the distance between his heart and our own—sending his Son, Jesus, to die in our place so we could have a relationship with him. If that annoyed and exhausted friend would consent to lend bread to his desperate brother, how much more would this kind of God be willing to provide for his children?

We are being invited to arrive incessantly and shamelessly at the doorstep of the King, desperate and weary for answers. Jesus is telling his disciples to keep going to the Father. No matter the desperation, anger, or frustration—just keep going. Keep knocking on that door.

Maybe your knocking is really loud. Maybe it fades to a whisper. Maybe it stops occasionally. Somehow, he tells us we can keep coming anyway. And when we see him, we will remember why we never need to go anywhere else. C. S. Lewis puts it beautifully:

“I know now, Lord, why you utter no answer. You are yourself the answer. Before your face questions die away. What other answer would suffice?”1 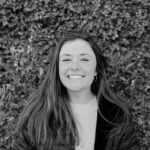 Samantha Arp is a college student in Charleston, South Carolina studying writing and theology. She also serves as a teaching intern in her local college ministry, helps lead a discipleship ministry, and writes content for Render Women’s Ministry on the campus of Charleston Southern. Sam is concerned solely with helping people realize the true beauty of the Father through his Word, serving the local church, and cheering people on as they chase after him with their whole hearts. 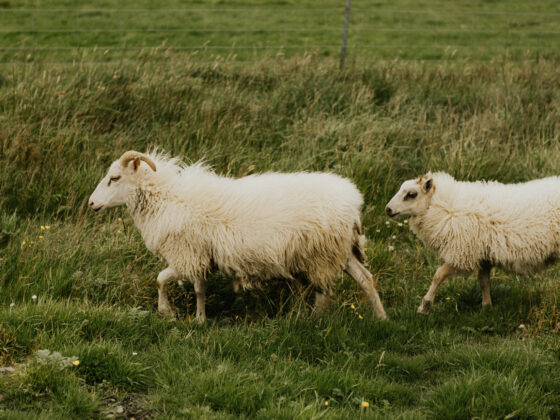 When It’s Difficult to Connect With God Through the Bible 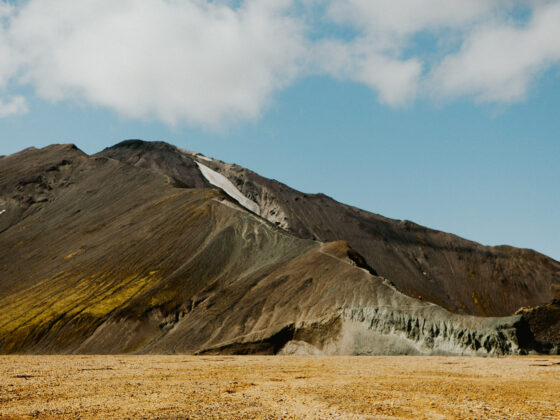 When the Character of God Seems Confusing 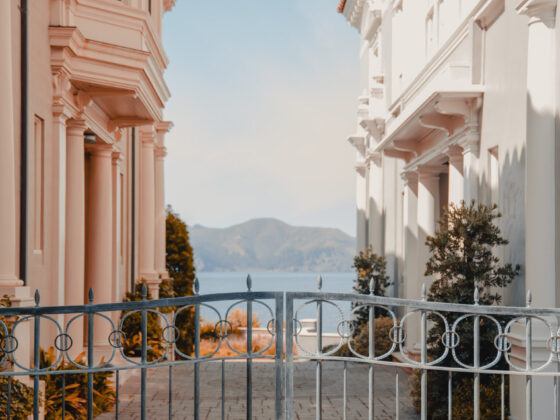 When the Battle with Sin is Raging 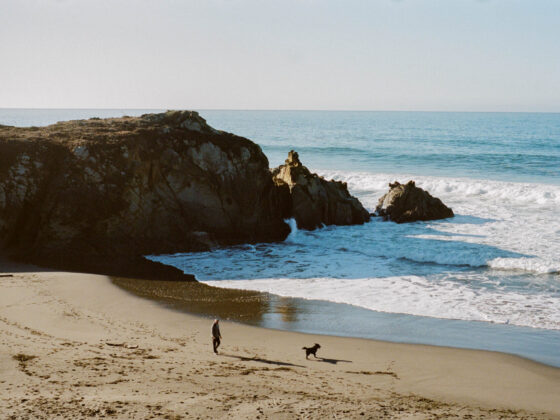 When Discipleship is Intimidating 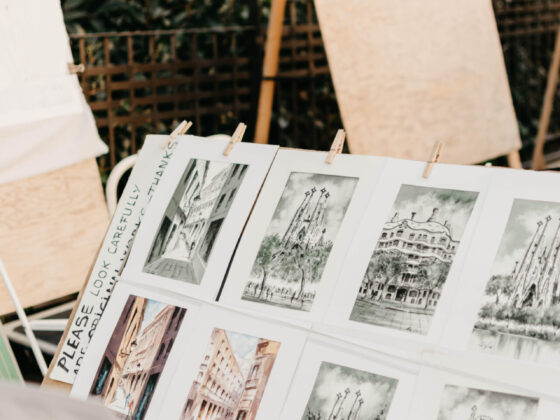 When Discontentment Overwhelms You